Stade Français Paris is a French rugby union club based in Paris.

The “Reds and blues” were the first in France to adopt the style of rugby played in Great Britain and so the first French club to play against British teams.

Max Guazzini, the club’s high-profile Chairman (also Chairman of the Board of the NRJ radio group) introduced the pink jersey in 2005, the last colour you might associate with macho rugby players, deliberately shocking the rugby world and creating a marketing buzz that generated a phenomenal increase in sales. Stade Français Paris was also the first rugby club in France to play home matches at another ground (at the Stade de France) with American-style shows. The club’s emblems are pink lilies and three lightning bolts. 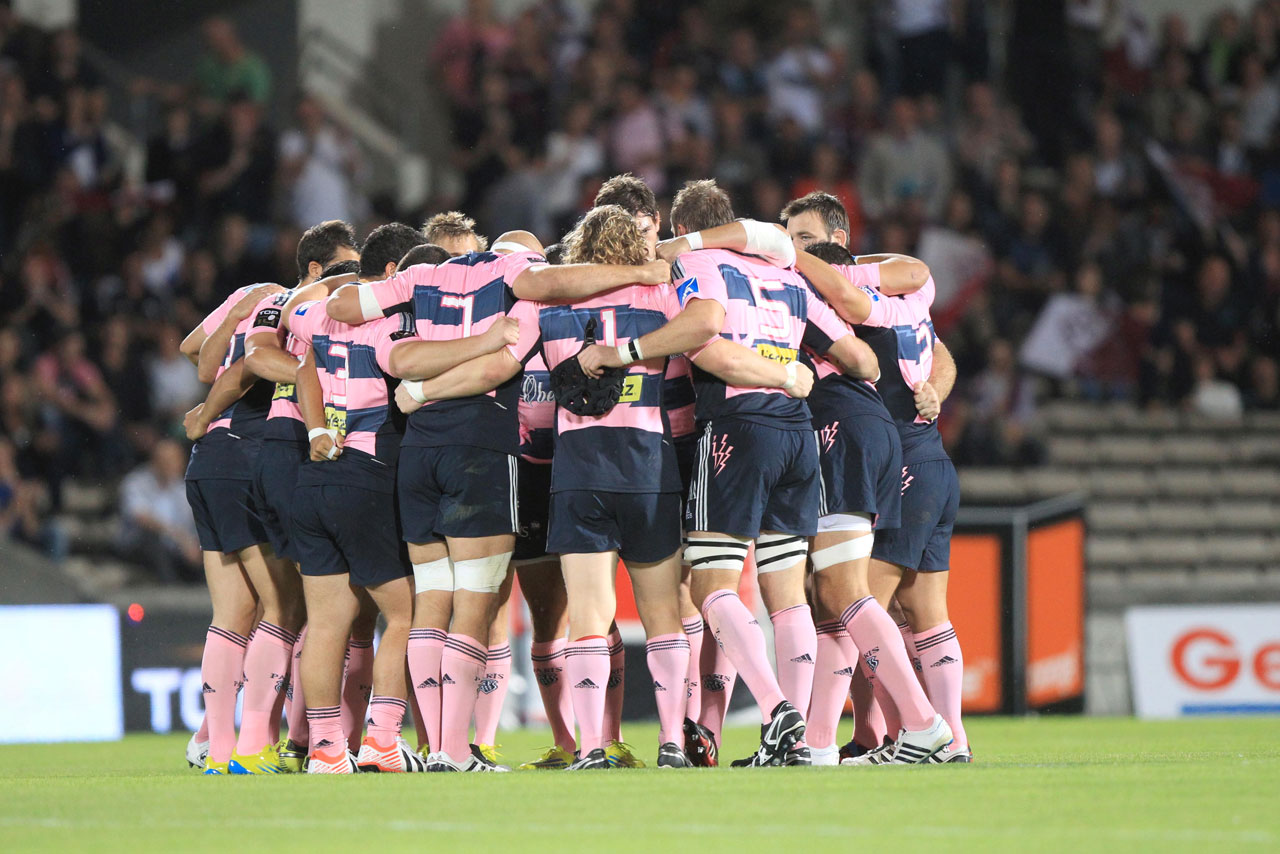